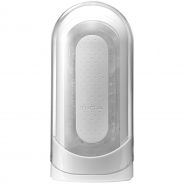 Plunge into the layered, ridged, and rippled depths of the Flip Zero masturbator from TENGA, which improves on the design of the popular Flip product series. The seamless insertion point reduces lube leakage and the one-way valve creates a powerful vacuum ready to take you all the way.

The intricate pattern inside the soft premium sleeve provides deliciously varied sensations, especially when you coat it with water-based lube for added glide. Squeeze the side panels to adjust the tightness and internal vacuum.

The clever Flip Zero opens up completely allowing for easy rinsing. Wash it with water and mild soap or sex toy cleaner for good hygiene. The case doubles up as a drying stand, which makes air drying super simple.

TENGA is known for their stylish and user-friendly products, designed not to look like sex toys. The premium sleeve material in the Flip Zero was previously only available on the Japanese market.

As you're now reading the reviews I'm not going to explain how it feels to receive a BJ and to have sex at the same time!!! All I can say is don't hesitate with your purchase. Forget the price, little will beat TENGA Flip Hole Zero's orgasmic feeling. Tip: Rinse it (her) thoroughly before use and obviously after use too! Learn more View less

It is good and very nice, takes just 30 seconds to wash. Highly recommend!

I’ll start with the positives. It feels almost identical to the "real thing", or maybe not identical but the level of pleasure is very high, but and this is a big BUT, after testing it 4 times, I still get the same result every time. Really nice all the way, but when you have to "shoot your load" it gets really uncomfortableevery single time. Due to the "suction" it is like trying to jam my penis into a wall and the material doesn’t give you any space to release what you need release.The suction doesn’t do what it’s supposed to, which is "suck it out", but it doesn’t come out. the "release" becomes zero, and after you come youfeel like everything is still inside you and that you’re about to burst. It is to the point that it feels EXTREMELY uncomfortable afterwards and almost like you’re aboutto burst. As this is, for understandable reasons, not an item you can return, it will end up in the bin or on the shelf as a nice decoration, nothing more. Would return it, ifI could. Even though it is nice, I cannot give it more than a 1 star because it destroys the whole purpose of the toy. It should also be added that I am no more than a littleabove average for what can be considered "normal" 18 cm approximately. I also tried to get a little less deep into it but with the same result. I had a fleshlightmany years ago and it was not as nice before ejaculation, but it was somehow possible to release it. However, it was boring, and harder to clean, not worth worrying aboutafterwards, hence my attempt at a new toy. Sadly, it's back to my hand and having to spend money on some other variant instead. Wish I’d known this before buying.Dissatisfied with the product, not sinful as such but the product is bad, very bad. I find it very difficult to see that this is just a problem for me as well, so keep this inmind before you buy the product, no matter how big or small you are. I can imagine that it is worth spending a little more money on another product, which is probably whatI’ll do. Kind regards Learn more View less

Have had it for a long time now and used it a lot, is just as nice and effective as when it first arrived. Miss being able to control vacuum pressure, but by and large a great product. Learn more View less

Best product I have tried! Could have been a little deeper, but it works. Lots of lube is recommended. Easy to clean

If you are more into something that is more imitative of sex (constant rhythmic penetration) then something like the Fleshlight Stamina is probably better. This sex toy is very good for ending a session, maybe after going to it with your hand. It can suck VERY strongly, and the internal structure is very nice to play with in one intense state ofmind. And then the biggest reason I bought this was how easy it was to clean. And it is really easy. Unfortunately I am a bit disappointed as the toy is more of a 'finisher'in my eyes. Learn more View less 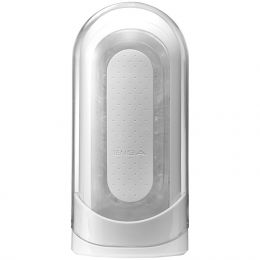